Become a Christian Brothers Automotive franchisee, you can rest assured that our hardworking and dedicated home office team is there to support you. While you’ll be in business for yourself, you’ll never be by yourself.

Our strong and cohesive team is composed of intelligent and business-savvy individuals who are there to help take your business to new heights with our experience, strategy, and innovation. We will provide you with expertise and guidance at every stage of the franchise process, and we’ll support you for the life of your business.

Here are a few team members who will be there with you every step of the way: 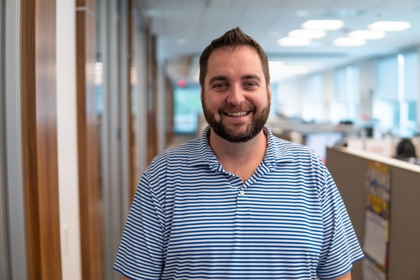 A native Houstonian, Donnie Carr began his career at Christian Brothers Automotive in 2006, working as a Service Writer in one of our franchise locations. In 2013, Donnie’s hard work and stand-out development results earned him the position of Director of Store Performance at our home office in Houston. As director, he also created a coaching, training, and support team for franchisees that Christian Brothers Automotive still utilizes today. Since this program’s development, the Store Performance team continues to grow as we add new locations and new franchisees to our brand.

In 2016, Donnie’s proven success as Director of Store Performance led to his promotion to Vice President of Operations. Since 2018, Donnie has served Christian Brothers Automotive as President and CEO. Donnie lives in Katy, Texas, with his wife Beth and their two children. 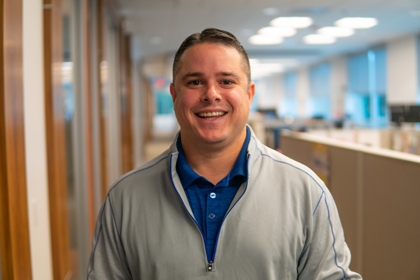 David Domine serves as Vice President of Technology Solutions. David joined the Christian Brothers Automotive team in 2004 as a Trainer & IT Support Specialist. Four years later, in 2008, David was promoted to Director of Training. In this role, David greatly elevated the training programs of Christian Brothers Automotive, growing the average first-year store revenue by 33%.

In 2018, David led the integration of a new technology department at Christian Brothers Automotive that has since delivered a series of modernization initiatives, including a new social intranet, digitized vehicle inspections, and a new point of sale system.

David lives in Katy, Texas, with his wife Lisa and their three children. 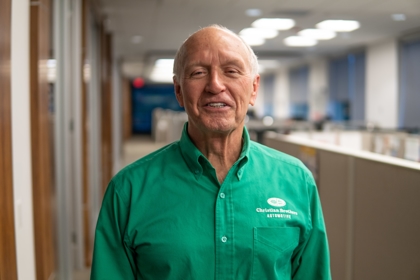 Jacques Craig serves as head of the Christian Brothers Automotive Legal Department. Jacques began practicing law in 1980 at Vinson & Elkins’ Houston office after graduating from Temple Law School. He quickly made partner just three years later at the law firm of O’Connor, Wisner & Craig, PC. With thirty years of experience representing individuals and businesses engaged across many verticals, including finance, real estate, oil and gas, franchising, and mergers and acquisitions, Jacques joined the legal team at Christian Brothers Automotive as General Counsel in 2010.

Jacques and his wife Jill have been happily married for over forty years, and they have three children and nine grandchildren. 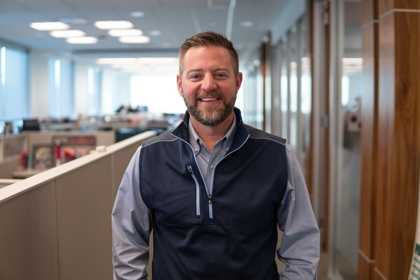 Brad Fink serves as Vice President of Training and Franchise Development. A member of the Christian Brothers Automotive family since 2007, Brad first joined the brand as a Service Writer at one of our franchise locations  before eventually having the opportunity a few years later to purchase that location and become a franchisee. Following ten years of working directly with CBA guests, Brad joined the Home Office team as the Director of Service Development in January 2018. Following success in his role as Director of Service Development, Brad was promoted to Vice President of Training and Franchise Development in 2019. In this role, he continues to serve the training department while also leading the CBA franchise recruitment team in developing markets.

Brad lives in Katy, Texas, with his wife Kasey and their four children. 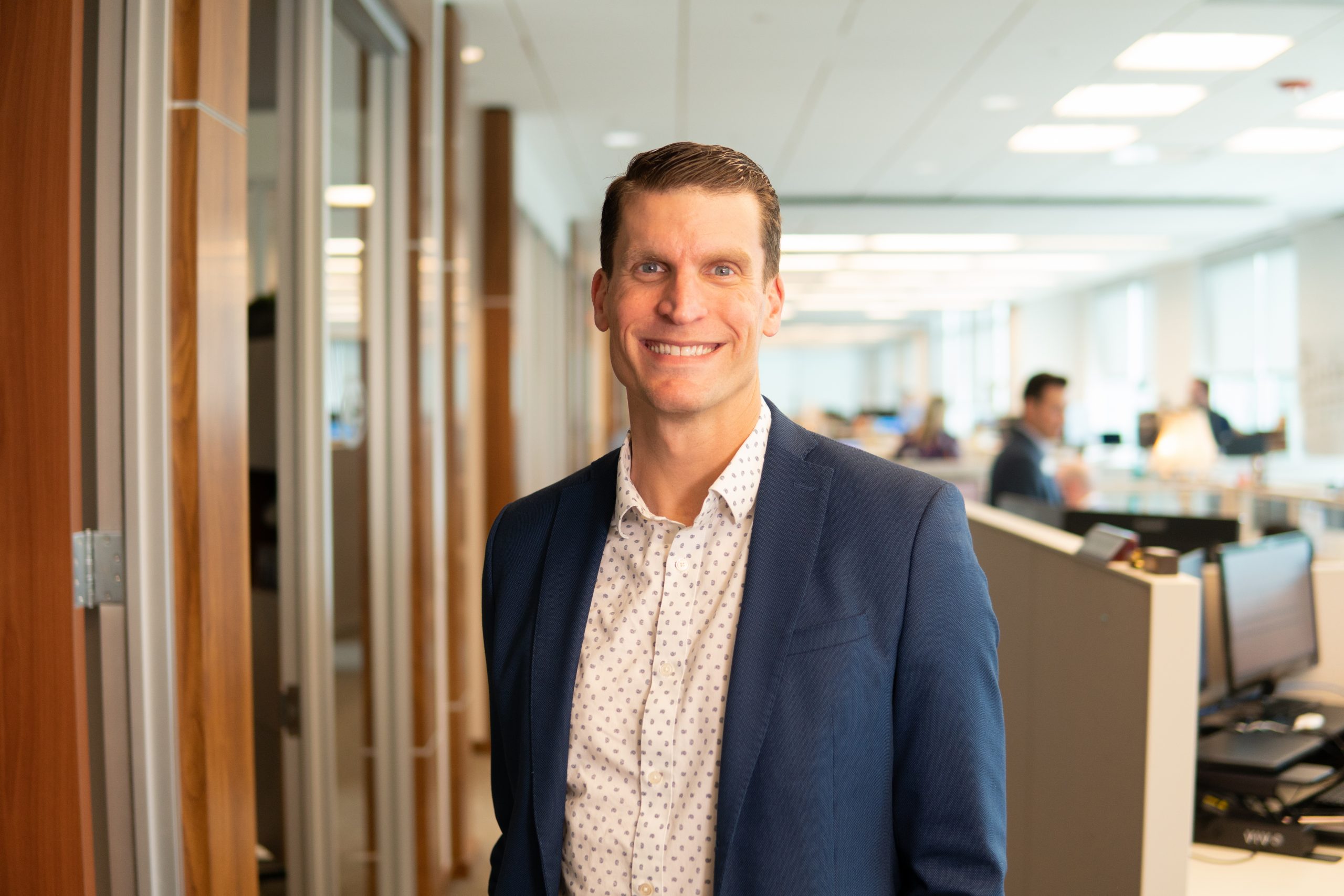 Dana Mason joined the CBA team in February 2021 as Corporate Controller and was named CFO in August of 2022. Dana joined us from Direct Energy where he had been employed since 2013, most recently as Chief Financial Officer of their $3B Direct Energy Home division. While in this role, he had financial oversight for industry-leading home service franchise brands: One Hour-Heating and Air, Benjamin Franklin Plumbing, and Mister Sparky Electric. Prior to Direct Energy, Dana held numerous financial leadership positions with increasing levels of responsibility at FedEx, Pentair and Mueller Industries.

Dana is a CPA and received his undergraduate degree in Business Administration from Millsaps College and his MBA in Business from the University of Memphis. Dana and his wife, Kristin, have a son and a daughter and reside in Fulshear, TX. 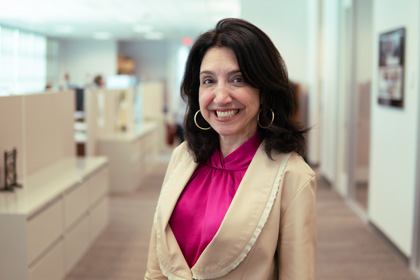 Janis Jarosz serves as Vice President of Marketing at Christian Brothers Automotive. Janis directs all digital, local, and regional marketing, as well as the company’s communications and brand strategy. Prior to joining the CBA family in 2018, Janis held various marketing and leadership roles with multiple companies, including Dignity Memorial, Welcome Wagon, Wingate Inns by Wyndham, and Avis and Budget Car Rental. She earned an MBA from New York University in Finance and Marketing and a BA in European Studies from Barnard College, Columbia University.

Janis lives in Houston, Texas, with her husband Paul and they have two children. 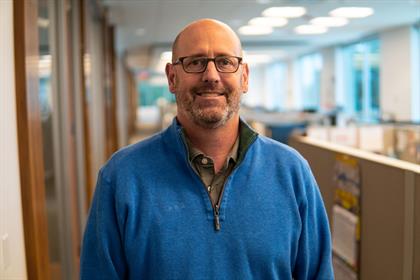 Michael Suttle serves as Chief Development Officer. Michael leads the brand’s real estate development strategy, as well as the construction and property procurement teams  for Christian Brothers Automotive. Before joining the Christian Brothers Automotive team in 2013, Michael spent 17 years in the financial services industry, 10 of which he spent as a shareholder and executive at a national privately-held full-service investment firm. As part of the CBA team, Michael has led a variety of projects in a number of different roles, including system-wide projects, transitions, and most recently real estate, where, as Master Agent, he was responsible for site identification and selection in multiple states and markets.

Michael lives in Houston, Texas with his wife Adrienne, and they have four children. 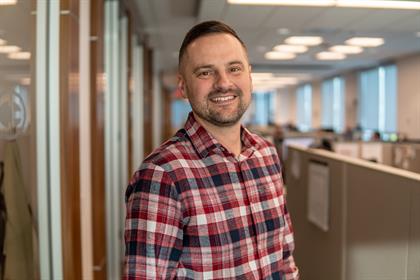 Michael Allnutt serves as Vice President of Operations. Michael has been with Christian Brothers Automotive for since 2001  and currently leads the Store Performance Coaching, Transition, and Renewal teams. Beginning as a Service Manager for a local shop in 2001, Michael honed his guest-service skills before eventually opening his own franchise in 2007 with his wife, Natalie. For over ten years as a franchisee, Michael won multiple awards and was highly recognized throughout the brand. He then brought his expertise to the Home Office team in 2018. Leading Christian Brothers Automotive operations, Michael is one of the first points of contact for franchisees. His team’s main objective is to support, challenge, and drive the operational performance of each location. He and his coaches support each franchisee through consistent coaching, regular performance tracking, and analysis, with an emphasis on creating strategies and capitalizing on opportunities. Michael and Natalie enjoy volunteering their time with local ministries and their church.

Michael lives in Katy, Texas with his wife Natalie and they have two children. 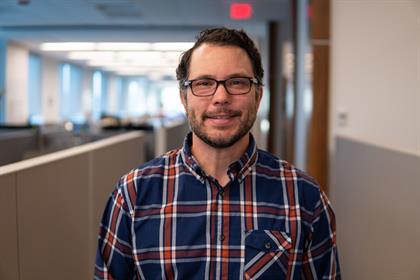 Zach Bynum serves as the Vice President of Neighborly. Zach is uniquely positioned to focus on the CBA vision, which is: “To build a world class company that brings glory to God, is guest-centric, and a light in the auto repair industry." Zach bridges the collective efforts of the CBA Corporation and CBA Foundation to maximize spiritual impact. By donating time and talent, the CBA Foundation seeks to transform non-profit organizations and the lives of individuals in order to carry out the Christian Brothers Automotive mission of loving your neighbor as yourself. Zach joined the CBA family in March 2007 when he and his wife, Carley, purchased the company’s Georgetown location. After two years as a franchisee, Zach sold his location to work for the Home Office as a Training Specialist for new franchisees. In 2013, Zach transitioned to Franchise Performance Consultant, where he assisted veteran franchisees in an in-depth coaching role. In 2019, Zach was promoted to Vice President of Neighborly.

Zach lives in Katy, Texas, with his wife Carley and their three children. 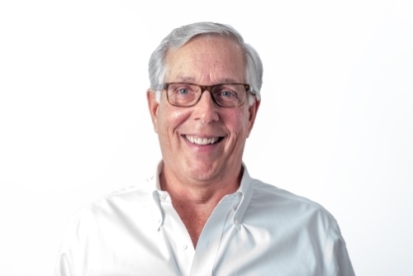 Mark founded Christian Brothers Automotive in 1982 when he opened first location in Houston, Texas. In 1996, Mark opened his first franchise location in The Woodlands, Texas and continued to oversee the entire organizational growth efforts for over two decades. He had one simple but powerful mission for his company – love your neighbor as yourself. This principle still remains at the heart of every store and  every franchisee. Mark officially retired in 2021 and handed over organizational oversight to his son, Donnie.