At Christian Bros., Using Tools Rather Than Talking About Them 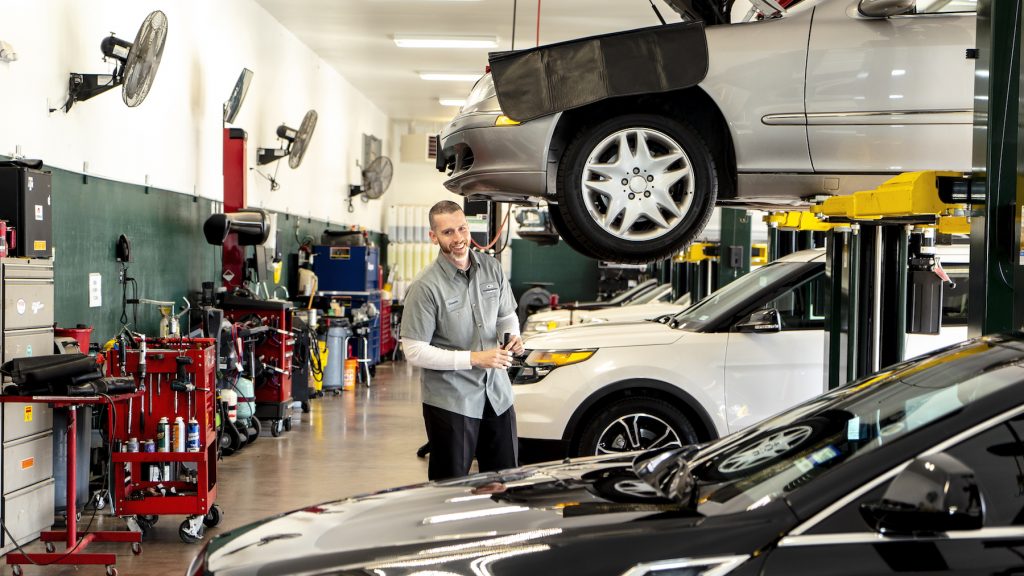 If auto repair franchises are running a mad dash to improve their technician training—and they definitely are, as learned when reporting an auto aftermarket story this month— then Christian Brothers Automotive is leading the pack.

The watchword is “hands-on,” says Brad Fink, VP of leadership and franchise development. “We’ve been outfitting our franchisees with fancy tool boxes and then the ‘aha’ moment came a couple of years ago, when we realized we weren’t seeing the adoption rate. We needed to change our approach,” he said.

“So we shifted to a hands-on approach. Instead of talking about using the tools, we used the tools.” When technicians go back to their shops after hands-on vs. classroom training, “the stickiness is dramatic. We’ve seen the adoption of new technology increase dramatically among our technicians.”

“We’ve seen it really pay off,” he said. “We’re seeing our average unit volume at all of our locations grow. Our technicians are getting better”at using sophisticated new equipment. “We are saying yes to more repairs than we ever have before.”

Christian Bros. also has an annual event called Mastering the Difference, in which top technicians and service managers in the brand gather for a four-day workshop, usually in Houston or Austin, Texas. “We bring in some of the top minds and some of the top trainers” in mechanical repair. “These are the people that you find at all the national conferences. They train just our guys,” and participants leave the conference inspired, he said.

Fink said the chain will pass the $300 million mark in systemwide sales this year, which would be a record. Average unit volumes this year are expected to hit $1.65- to $1.7 million, up more than $100,000 from last year, he said.