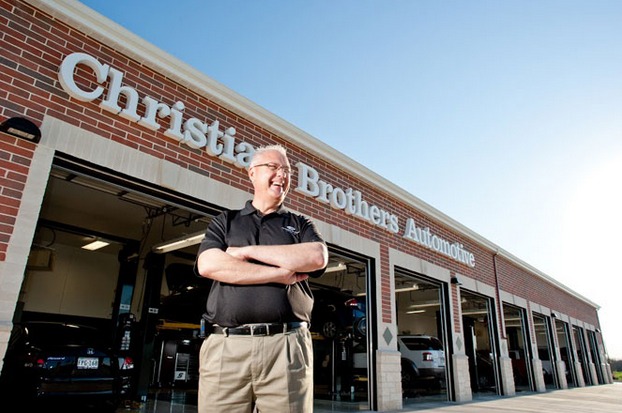 AUTO REPAIR FRANCHISE SALES INCREASED SHARPLY IN 2013, UP EVEN MORE IN 2014

The sales growth came amid a busy year for the Houston-based auto repair franchise, which opened 12 new stores in 2013 and now has more than 125 locations in 17 states. The franchise’s expansion is also accelerating. In a trailing 12 month calculation that began on May 1, 2013, Christian Brothers Automotive opened 16 locations. Vice President of Franchise Development Josh Wall said he expects eight more stores to open by the end of 2014.

Christian Brothers has been franchising since 1996 and has never closed a location.

“The way that we build locations and the systems we use are designed to reduce risk and boost performance for our franchise partners,” Wall said. “We are also careful to partner with people who have strong business sense and who share our values.”

Christian Brothers Automotive has flourished by applying Biblical principles to an industry that almost everyone needs, but few trust. There are 240 million cars on the road in the United States, and all of them need maintenance and repair. Christian Brothers franchise owners build long-term relationships with customers by treating them as brothers and sisters, and by acting with honesty, integrity and respect. Our franchises are locally owned by Christians who value their reputation in the community and who want to give their customers a safe haven in the auto repair industry.

By focusing on customers, we’ve been able to create a customer experience that is dramatically better than what people have come to expect from an auto repair shop. Our shops are clean and comfortable — the waiting area is more like a hotel lobby than an auto repair shop. We also offer courtesy rides to help customers get where they need to go.

“We have the opportunity, every single day, to help people who might be having a frustrating day, and make their day a little better,” says CEO Mark Carr.

To learn more about the Christian Brothers Automotive franchise opportunity, check out our Why Franchise pages or fill out our form to start a conversation. We look forward to learning about you and introducing ourselves!