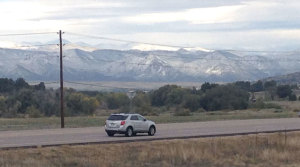 Christian Brothers Automotive was ranked Best in Category in the “Automotive” category, beating out the competition to land the number one spot on the list. The brand was also recognized as a 10-year Hall of Fame member, awarded to franchises that have been featured on the “Best of the Best” list for 10 or more years.

“It is an incredible honor to be named at the top of our category,” said Josh Wall, VP of franchise and strategic development. “The relationship we build with our franchisees is our highest priority, as well as continuing to ensure our franchise opportunity is an investment that will help our franchisees achieve their financial and family goals. It is a great source of pride that our franchise family consistently offers positive feedback about our training process, support system and rewarding business model.”

The Franchise Business Review Top 200 ranking puts Christian Brothers Automotive into an elite group of the best franchise companies in the country. More than 3,000 companies franchise in the United States, but only those with exemplary fundamentals, great financial position and high franchisee satisfaction scores earn a spot in the ranking.

“There are thousands of successful franchise companies operating in North America, but many of those companies do not offer a solid investment opportunity for the actual franchise owners,” says Eric Stites, CEO of Franchise Business Review. “As an independent research firm, we rate the franchise companies in the marketplace today and identify those that have the highest levels of satisfaction and performance among their franchisees in order to help entrepreneurs when choosing which franchise to invest in. The companies on this year’s list are the top performing brands in the areas critical to their franchisees’ success.”