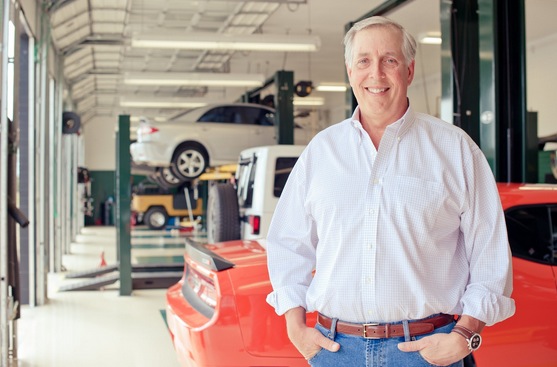 WHY CHRISTIAN BROTHERS AUTO REPAIR FRANCHISE IS A BEST-BEST INVESTMENT

In measuring the brands that made the Top 500 list, Franchise Grade developed a comprehensive metric to determine not only the financial performance of franchise systems, but the overall health of a particular brand. The company pored over thousands of Franchise Disclosure Documents and analyzed Franchise Turnover Rates, potential growth in new markets, and satisfaction rates of current franchise owners.

Christian Brothers auto repair franchise owners benefit from the annual costs of vehicle maintenance, the average being roughly $530 in 2012, according to the U.S. Bureau of Labor Statistics.

“Given the amount of research that went into determining the Top 500 list, we feel extremely validated to be ranked so highly by Franchise Grade,” says Josh Wall, Vice President of Franchise and Strategic Development with Christian Brothers Automotive. “Our company culture of honest work based on biblical principles is the reason that in our nearly two decades of franchising, not a single one of our 135 locations nationwide has closed. The fact that we are ranked higher than our competition speaks to the long-term and continued success of our brand.”

We’re growing both our number of auto repair franchise locations and our overall average revenue. In our most recent Franchise Disclosure Document, we reported that the average revenue of our auto repair franchise stores increased 4.4% from 2013 to 2014. In 2013, we reported that franchise-owned stores were averaging $1,174,586 in revenue. In 2014, the average revenue number jumped to $1,225,862. The rise in last year’s revenue is even more significant because we included 12 more stores in our calculations.

OUR VISION FOR LONG-TERM SUCCESS

One of Franchise Grade’s criteria for making the Top 500 list is the long-term sustainability of a brand. They were impressed by our track record of continued steady growth, and we plan to continue that growth by opening 20 new auto repair franchise locations in 2015. In addition to being honored with a high ranking by Franchise Grade, our continued strong growth has earned us recognition from Entrepreneur magazine and Franchise Business Review.

Christian Brothers began 2015 with 135 locations nationwide, but our growth is unique — we haven’t closed a single location since we began franchising in 1996.

We think a large share of our success is the direct result of our biblical values, which shine in every aspect of our business and are especially present in hearts of our auto repair franchise owners. We exceed the competition in appearance and performance. Our facility is a gorgeous, solid-brick building with a lobby that is reminiscent of an upscale hotel, complete with comfortable furniture. The bathrooms are clean — just the way you’d want them for a guest at your home — and even the repair bays are immaculate. Our staff is friendly, helpful, and genuinely interested in the needs of the customers. Customers are immediately greeted, asked about their car issues, and offered something to drink.

“When they walk in the door, we want them to know we’re glad they are there,” says Colleen Manno, a franchisee in Huntersville, North Carolina. “We’re going to do some things they don’t have the time to do. We’re taking care of their car, and we’re going to do it with excellence. We’re not just working for ourselves. The Bible tells us whatever you do, do it for God, not for man. We’re working and taking care of their cars, not just for them but also for God. That’s our responsibility.”

For in-depth details about the Christian Brothers Automotive franchise opportunity, contact us!