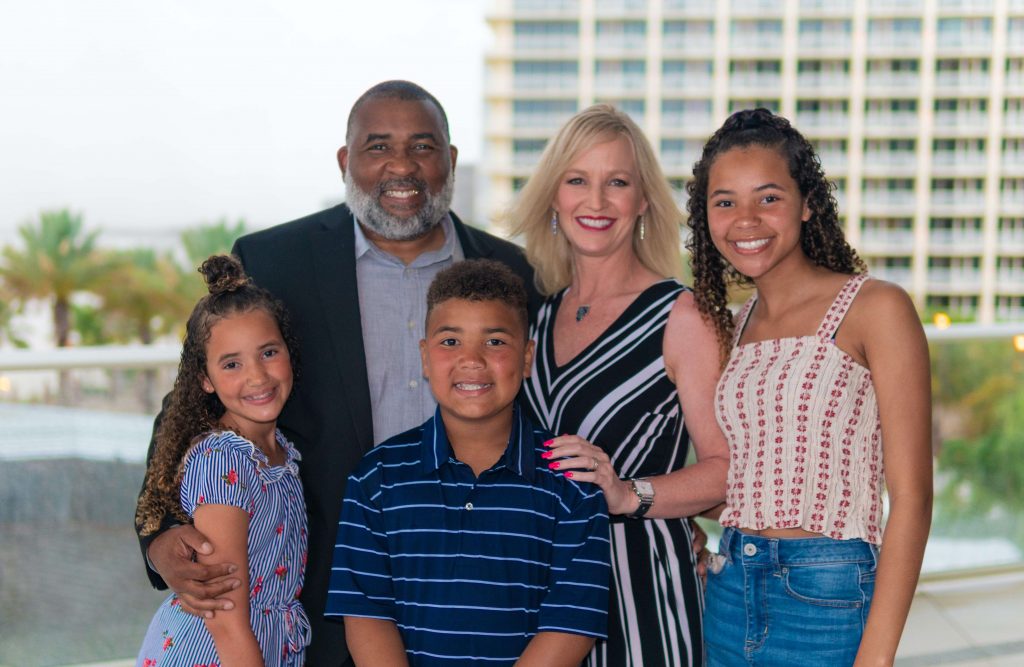 Keith Guyton is sitting in the same chair he was 14 years ago when he first started at the Christian Brothers Automotive Round Rock location (near Austin, Texas) as a service advisor. But, today, he’s the owner of that location and another, making him a multi-unit Christian Brothers franchisee. Keith is managing a team of employees, serving customers and living by the CBAC guiding principle, “love thy neighbor as yourself.”

But, before he walked through the doors of the Christian Brothers Automotive service center, Keith went down a long, dark path of drug dealing and even spent a year behind bars before making the decision to turn his life around.

LIVING A LIFE OF CRIME

In debt and without a job, Guyton had spent 12 years of his life dealing drugs. After getting out of jail, he went back to the only other industry he knew, automotive repair.

“The automotive industry chose me, when I was 16, I started working at auto shops changing tires. Once I turned my life around, I went back to something I knew,” Guyton said. “I honestly didn’t have a lot of options, so I went to something that was familiar and it worked out beautifully.”

This is when Guyton walked into the Round Rock Christian Brothers Automotive and asked if they needed front-office help. He was immediately turned down. Two weeks later, he saw an online posting for an open service advisor position. He reached out again, and this time they called him back.

“At this point, all I wanted was to be honest,” Guyton said. “I knew I had to air out my dirty laundry and so I sat down and told them my whole story. I told them I want this job; I need it. But what I don’t want is to sit here and not tell you about me and in a year you find out about it.”

RISING THROUGH THE RANKS

After working there for two years, Guyton got word of a new location opening in Hutto, Texas, and transferred to supervise the project with Jonathan Carr, son of Christian Brothers Automotive Corporation CEO Mark Carr.

A few years later, Jonathan Carr relocated Guyton to ​the Christian Brothers location in Georgetown, Texas, to work alongside him . When Guyton first started in Georgetown, the store hadn’t broken $1 million​ in annual revenue ever before, and within three years it was bringing in $1.7 million in ​annual revenue.

In 2017, Carr got called to work at the corporate office, and Guyton was handed the keys to the Georgetown franchise.

“I cried for a bit because this was beyond anything I could have ever dreamed or imagined for myself,” Guyton said. “They told me they were going to finance it for me, and I’d make payments.”

That nine-year loan will be paid off at the end of this year -- five years ahead of schedule. Keith’s hard work and positive attitude has paid off in opportunity. He went on to later take over the Round Rock location, purchasing it from a fellow franchisee set to retire.

“I called Donnie Carr, and he said I’ve proved myself in Georgetown and Christian Brothers wanted me to take over Round Rock. There were some hiccups in financing, but in December 2019 I returned home and sat in the same chair I started the journey with Christian Brothers in.”

He has come full circle from the old Keith Guyton who walked into the service center in 2007 on a whim, and turned that into a long-term career with two successful million-dollar annual revenue businesses.

“What Christian Brothers has provided my family and the opportunities it has presented for me to be an active member of the community and provide a platform to share the good news of Jesus is an amazing experience I never thought I’d have,” Guyton added.