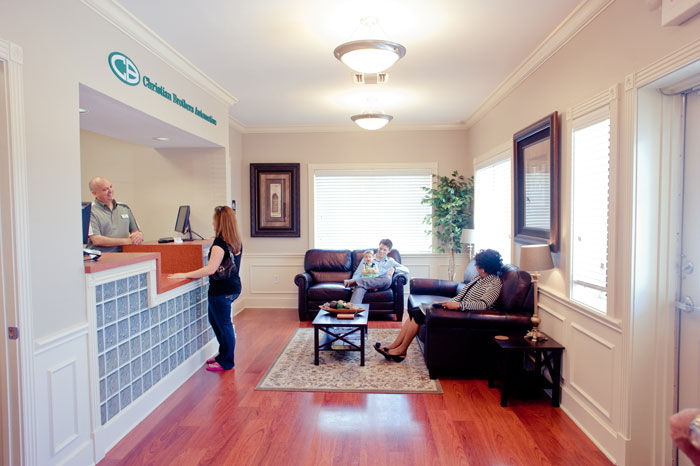 After a year of trailblazing efforts to improve employee benefits by initiating an expansive new healthcare platform for franchisees, Christian Brothers automotive franchise has another reason to celebrate 2014: our in-store revenue numbers are on the rise across the board.

Christian Brothers automotive franchise average revenue increased 4.4% from 2013 to 2014. In 2013, we reported that franchise-owned stores were averaging $1,174,586 in revenue. In 2014, the average revenue number jumped to $1,225,862. The rise in last year’s revenue is even more significant because we included 12 more stores in our calculations.

The numbers are contained in our 2015 Franchise Disclosure Document, which is required by the Federal Trade Commission so prospective franchise buyers will have an accurate account of company earnings for the previous year.

“These numbers are validating for us because we believe that we provide the ‘nice difference’ in a troubled industry,” says Mark Carr, CEO of Christian Brothers. “The rise of our revenue is evidence of not only in how much we’ve grown in the past few years, but of why we’ve managed to grow successfully. We treat all of our customers with dignity, our work is done with honesty and integrity, and more and more people are taking notice.”

THE NEXT YEAR PROMISES EVEN MORE EXCITING NEWS

The positive financials reported our 2015 FDD are not all we’re excited about. Christian Brothers recently announced that we plan to open 20 locations in 2015 — continuing the strong growth that has earned us recognition from Entrepreneur magazine and Franchise Business Review.

Christian Brothers began 2015 with 135 locations nationwide, but our growth is unique — we haven’t closed a single location since we began franchising in 1996.

“People looking for a franchise opportunity will find that a modest investment with us could very well become a multimillion-dollar business,” Mark says. “Not only are those up-front costs minimal, but our management support helps our franchisees become profitable.”

“NICE DIFFERENCE” IS KEY TO OUR LONG-TERM SUCCESS

We like to use the phrase “nice difference” to explain how we’re different from our competitors. The phrase applies to our customers and to our franchisees, thanks in part to our unusual revenue model that helps attract people who want to live their faith in their business.

Christian Brothers is a highly rated, faith-based auto repair franchise with a unique financial model. We assume a majority of the risk by purchasing land and constructing “built-to-suit” buildings, which the franchisee then manages. Unlike virtually every other franchisor, we don’t charge a franchisee fees based on top-line revenues, but rather on a share of the profits, which is calculated after expenses. Franchisees also pay themselves a salary before they pay us a nickel.

We offer another nice difference to franchisees. Christian Brothers Automotive locations are closed on the weekends to encourage our franchisees to take time to honor God, to be with friends and family, and to serve their communities. That’s incredibly unusual for an automotive repair franchise business, and it helps our locations recruit and retain highly qualified technicians and employees.