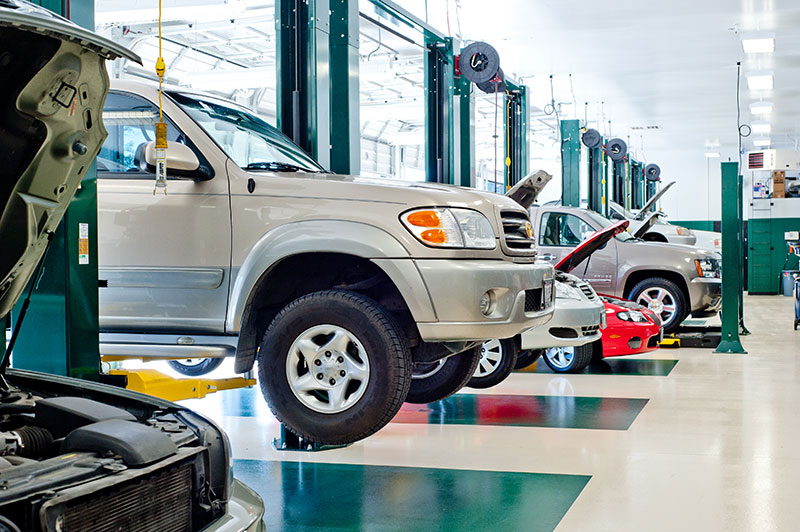 Entrepreneur magazine released its 40th edition of the Franchise 500 rankings list, which is full of some of the biggest names in business.

That’s apparent at the top of the list, where McDonald’s reigns as the top brand with more than 13,000 franchise locations in the United States.

Fast lubes, tool manufacturers and full-service auto shops were well represented in the rankings as well, with most brands growing and moving up the list.

Entrepreneur says it uses a proprietary formula to rank the brands. The magazine had more than 1,000 franchises submit the required information for consideration.

The scoring is based on more than 150 data points, according to Entrepreneur. But the key factors are costs and fees associated with franchising, the size and growth of the brand, corporate support, branding strength and financial stability.

Entrepreneur has its own formula for success on the Franchise 500 list, but what do the companies focus on within their own networks?

Christian Brothers franchisees are the faces of the brand within their markets, says company President Donnie Carr at the company’s headquarters in Houston.

Carr says that oil changes have been at the heart of their service offerings since the start. He says their view wasn’t that oil changes tie up a bay, but rather it’s an effective way to make contact with new customers. In 37 years of operation, it continues to be core to the brand’s operations.

“They are absolutely a part of our business model,” Carr says. “It is an entry point for our guests to do business at Christian Brothers.”

The company’s network is almost wholly made up of franchise owners. Most franchisees run a single shop, though one-fifth of them operate multiple locations.

That will continue to be the framework through the company’s growth, which has been rapid. Christian Brothers opened its 201st location by early June, and there are 53 in development over the next two years or so.

Carr says that the company’s short-term strategy has been to improve its presence around places where its shops already do business. He says it supports existing franchisee and bolsters their marketing potential.

“We want to really bolster our current markets that we’re in,” Carr says. “We feel like there’s a fair amount of growth opportunity.”

Every company has its own corporate support structure for franchisees. At Christian Brothers, Carr says that five to 10 similar franchisees from the network will be placed into a peer group, which is led by a performance coach. It brings peer-level support to the development process.

They also offer corporate assistance for operational duties that take place outside of the shop bays.

“We do offer coaching operations to all of our stores,” Carr says. “We also offer marketing coaches and a recruiting team that supports our franchisees.”

The company puts on an annual franchise conference for the entire network. Separately, shop employees are chosen to attend another conference that’s geared toward rank-and-file workers.

There are lots of different training and education tools coming out of the Houston office. Carr says the company hosted 55 training classes last year.

Now, every shop in the network has a 65-inch screen that shows the company’s intranet system, CBA Connect.. It works as a sort of groupthink method for solving repair issues and cataloguing common problems for certain vehicles.

A technician with a problem will post it to the intranet, and shops from around the country can provide input. A technical team at Christian Brothers headquarters also provides input.

Outside of technical support, Carr says that the company works to instill a community service spirit among its network. Its shops host service days to help people in need.

In short, Carr says they try to foster a people-first organization.

"Our focus is how do we best support, take care of and grow our people,” he says. “And I know that if we do that well, the rest will come easier.”